Get help now from the experts at Unified Pest Control

Many homeowners welcome bats around the home but no one wants them living in their homes. Anytime an uninvited guest such as a bat arrives it can be an unsettling experience.

The biggest concern with unwanted bats is the potential for rabbies if you come in contact with them. Rabbies can be transmitted to humans when an infected bat bites or scratches someones skin. Most bats do not carry the rabbies virus, but there is no way to tell by just looking at a bat.

The ideal solution for bats that enter buildings and cause a nuisance problem or present a health hazard is to repair the access point to prevent bats from entering the home. Chemical toxicants never solve house bat problems and can often create different, more dangerous problems.

Another concern for homeowners are bat droppings in the attic. Bats are known to carry another serious disease called Histoplasmosis. This is a respiratory disease that is caused by fungal spores which are found in bat droppings.

There are more than 980 species of bats worldwide with about 40 types found in the United States. The most common bats found in Michigan are the following:

For centuries, bats have been the subject of folklore and misconceptions, frequently connected with witchcraft, haunted homes and evil. These misconceptions still exist today and cause unproven worry in lots of people.

Bats are nocturnal flying mammals that leave their roosts at dusk to feed and go back to remote dark places right before daylight. A lot of types are active throughout the warmer months and hibernate and/or migrate for the winter. Nevertheless, they do not fly in rainy or unseasonably cold weather.

Big brown bats: Female big brown bats form nursery colonies in the spring and are joined by males in late summer. They leave their roost at dusk in a sluggish, fluttering flight to discover food. They feed close to the ground on various pests including beetles, ants, wasps, flies and mosquitoes.

Little brown bats: This types forms nursery nests in early spring, then migrates south in fall and hibernates in irregular clusters from September through April. They eat pests, mostly flies and moths, and alternate their feeding with rest periods during which time they hang to absorb their food.

Mexican free-tailed bat: This types moves to Mexico for the winter season, generally leaving in late October and returning in March. They eat bugs, consuming to 1/3 of their body weight each night.

Various bat species live across the United Stated and roost in dark remote areas of structures and in naturally protected locations like caves.

Little brown bats: This types roosts in tree cavities and crevices throughout the warmer months and seeks shelter in caverns and mines to hibernate.

Mexican free-tailed bats: This species generally resides in big colonies where the young are raised. In the southeast and on the west coast, these bats can be found concealing in structures, but from Texas to Arizona they look for shelter in caves.

Bats can pose a serious health hazard to people if they are found inside a structure. Fungi that harbors in bat droppings can trigger the lung disease, histoplasmosis. A build-up of droppings should be expertly decontaminated and disposed of.

A small portion of bats may become infected with rabies. Rabies can be transferred when saliva and even the body tissue of an infected animal enters contact with another animal or human. Therefore, it is necessary to seek medical attention if you’ve had any unguarded, physical contact with a bat.

Bats are secured by law in the majority of states, so it is very important to contact animal control or wildlife services for any guidelines before attempting bat removal on your own. The very best time to bat-proof is the start of autumn, when bats leave for hibernation.

At dusk, homeowners owners should examine the exterior of the home and observe where bats enter and  exit. Typical access to points include attic and under facia boards. It is suggested that homeowner seal any cracks or crevices with caulk and steel wool. Pay special attention to holes in the structure that lead to dark remote areas, like attics and belfries. Likewise, screen attic vents and openings to chimneys, and set up door sweeps.

You should get in touch with a licensed professional, such as Unified Pest Control, if you suspect a bat problem.

Share this page with anyone who needs Bats treatment 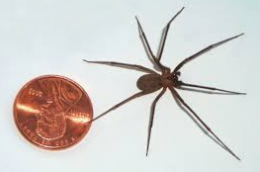 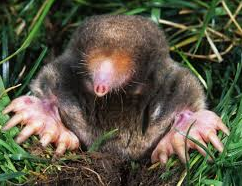 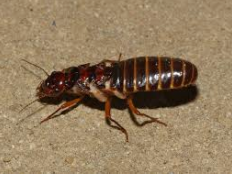